A former Delta high school student sued the Delta County Joint School District No. 50 claiming teachers gave the A-student a failing grade and sabotaged her college applications because of her atheistic views and opposition to religious proselytizing and instruction in the public school.

District Superintendent Caryn Gibson, who was named as a defendant in the case, declined to comment about the lawsuit because the district has not been served and does not know Fisk’s allegations.

During her senior year in 2015-16, Fisk had a 4.1 grade point average, was captain of the school’s speech and debate team, student body treasurer and a reporter on the student magazine, the Delta Paw Print.

But her opposition to teachers, school board members and administrators, who she claims espoused religious views in school settings and meetings put her at odds with them, the lawsuit says. For example, school board member Kathy Svenson, a Bible camp teacher, once stated her “Christian” belief at a school board meeting that “transgender students should be castrated,” it says.

When Fisk and other students wore costumes in 2014 in opposition to state Amendment 67, which sought “personhood” status for fetuses, a teacher told her to take the costume off because “God gave babies life and abortion is murder,” the lawsuit says.

The following year, in 2015, the same teacher, called Fiske into a meeting and criticized her “attitude” for posting pictures on her private Instagram account of her wearing a school T-shirt at a school football game with hashtags including #notactuallyafan. She was told her attitude was “not suitable as a student leader.”

At the meeting, a counselor warned her that she could be removed from her student government position and lose college scholarship opportunities, the lawsuit says.

When Fisk questioned the principal and other school administrators about the legality of having a faith-based instructor speak about sex education at a mandated school assembly, she was told the religious tones would not hurt anybody, the lawsuit says.

For a decade, the school has paid Shelly Donahue, who teaches abstinence as the only way to prevent pregnancy, the lawsuit says. Her website says she is “passionately committed to Jesus Christ as the ultimate answer to the teen sexual activity problem in America.”

Fisk and friends wore T-shirts before the presentation that said “I prefer science,” and “I abstain from ideology.”

“Ms. Donahue’s presentation at the school was expressly and overtly faith-based, religious in content and tone,”  and lacked medically accurate information about contraceptives and sexually transmitted diseases including AIDS, the lawsuit says. She told students that sex before marriage “puts you further from God” and compared girls who have premarital sex to dirty diapers, the lawsuit says.

Fisk wrote an article for The Paw Print that was critical of the presentation.

When John Miller, her government teacher, invited a Navy Seal to speak about drug abuse and his book, “Seal of God,” which mentioned his religious conversion, Fisk asked him “pointed questions about his qualifications.” Miller later reprimanded her and changed her grade from a 98 to a 70, the lawsuit says.

Fisk received death threats before and after she was quoted in an April 1, 2016, Daily Sentinel article about her opposition to a middle school program called “Donuts with Dan,” in which a teacher gave students doughnuts and Gideon Bibles. When Fisk reported the threats to the principal, nothing happened, the lawsuit says.

After the article was published, Miller dropped Fisk’s grade in his class to an F. She then spoke with Miller and the principal. Both told her repeatedly that her grade was a consequence of her comments in the newspaper. They told her if she wanted her grades to rise, she should “shut up.”

The principal barred Fisk from giving a graduation speech even though it was a school tradition that student council officers give speeches, the lawsuit says. Although her GPA qualified her for the National Honor Society program school, officials denied her that opportunity. Bad reviews by school officials also hurt her chances for scholarships and acceptance at two colleges, she claimed.

Fisk was hospitalized and suffered two anxiety attacks as a result of her experiences at school, the lawsuit says.

The Freedom From Religion Foundation is discrediting the recklessness of Texas officials asking for prayers in the wake of Hurricane Harvey while declining legitimate aid.

In response to the catastrophe that has devastated Houston, Quebec’s Minister of International Relations Christine St-Pierre offered practical help: to send bedding, hygienic supplies and electrical equipment and crews to help the flooded city. Texas Secretary of State Rolando Pablos reportedly declined the aid, and asked, instead, for prayers!

Texas Gov. Greg Abbott likewise declared this upcoming Sunday to be a “day of prayer” for the state. According to media coverage, Abbott said that Texans will pray for people affected by the disaster and for those who helped. Reliance on superstition will not help the people of Texas.

As FFRF’s principal founder, Anne Nicol Gaylor put it: “Nothing fails like prayer.” It is irresponsible for Pablos to reject actual offers of assistance, and for Abbott to use his office to endorse prayer.

If prayer comforts religious people, by all means, they are free to pray. But, as President Thomas Jefferson noted in a Jan. 23, 1808, letter to Rev. Samuel Miller, it is beyond the scope of the executive branch to prescribe or even simply to recommend prayer. “Civil powers alone have been given to the president of the United States and no authority to direct the religious exercises of his constituents.” The govenor of Texas is doing precisely what the founding father and president precluded.

“The universe is full of unanswered prayers, the cemeteries are full of people who prayed to live,” says FFRF Co-President Annie Laurie Gaylor. “Wishful thinking cannot suspend the natural laws of the universe.”

The storm — which dumped an estimated 50 inches of water on Houston, resulted in at least 38 deaths and reportedly damaged 100,000 houses in Texas and Louisiana — will perhaps be the most expensive disaster in national history. As the 19th century’s most famous freethinker, Robert Green Ingersoll put it, “The hands that help are better far than lips that pray.” That’s why Nonbelief Relief, a humanitarian charity created by the executive board of the Freedom From Religion Foundation, did not pray, but gave $10,000 to the Hurricane Harvey Relief Fund.

The Freedom From Religion Foundation is a nonprofit membership organization that advocates for the separation of church and state and educates on matters relating to nontheism. It has more than 29,000 members, residing in every state of the United States including upwards of 1,200 in Texas. 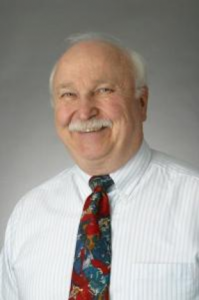 With the pledge of the new administration to repeal and replace Obamacare, this presentation will review the current state of our health insurance system and what impact repeal and replacement of Obamacare will have on Medicare, Medicaid, and private health insurance. Special attention will be paid to affordability, availability and quality of the proposed replacements of our existing insurance options.